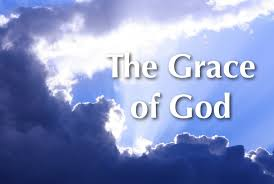 Lesson #180
Review of lessons 169 and 170
God is but Love, and therefore so am I.
Lesson 169 - By grace I live. By grace I am released.
Lesson 170 - There is not cruelty in God and none in me.
In the last analysis we come to learn over a lifetime sooner or later that it is by grace that we live and by grace we are released. Our egos are not in charge no matter what we may think and wish. There are forces far greater than ourselves that govern the universe and our navels are not its center.
In Alcoholic Anonymous, it is suggested in the first three steps that we admit we are not in charge, that there is a Power far greater than ourselves, and that we turn our willfulness over to our Higher Power and become willing to discern and follow the will of our Transcendent Source. We discover in doing so that our lives become grand.
In Unitarian Universalism, we covenant together to affirm and promote a respect for the interdependent web of all existence of which we are a part. Maybe we might move from just respect to love for the interdependent web on which we are dependent and in doing so are filled with gratitude and peace.
Today, we begin and end the day, and many times in between, thinking about the grace of God by which we are released from the demands of the ego and liberated into the world of Love. In doing so we realise there is no cruelty in God and none in ourselves, really. Hard to believe.
Posted by David G. Markham at 8:42 AM