Religion in the public square - Are UUs the yeast in the dough? 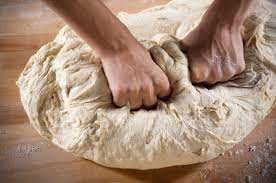 Is American Society stuck at an ethnocentric stage of evolutionary development?

In today’s world, every child is born at very early “archaic” or “magic” and egocentric stages, which dominate ages 1 to 3; transitions to magic-mythic for around ages 4 to 7; ethnocentric mythic proper, with several substages, emerges for roughly ages 6 to 11; then the next major stage, the “rational,” as we will see, emerges in today’s world generally with adolescence; and there are yet higher stages to come, as we’ll also see. However, the central point here is that adults can remain “stuck” or “fixated” at any of those earlier stages or substages. Indeed, research by Robert Kegan, of the Harvard Graduate School of Education, shows that 3 out of 5—or 60 percent—of Americans remain at ethnocentric or lower stages. If you think this ethnocentric stage—with its tendencies toward racism, sexism/patriarchy, misogyny, mega-tribal dominance, oppression, and fundamentalist religion—sounds a bit like hardcore far-Right Republicans, and that it starts to push into recognized Trump territory, you’d be right.

Another observation might be that Unitarian Universalists tend to be at higher levels of development and so are out of sync with the majority of society in the United States. Most UUs would be at least at the worldcentric stage moving to Integral.

The principles of Unitarian Universalism which we covenant together to affirm and promote are beyond the ethnocentric stage of consciousness.

What does this observation mean for our church? For the world?

Currently, Americans are stuck at the ethnocentric stage of development as Wilber points out and UUs are the yeast fermenting in the dough and will cause it to rise maybe only to be punched down again, but not to worry for the dough will rise again.