The kind of leadership UU needs. 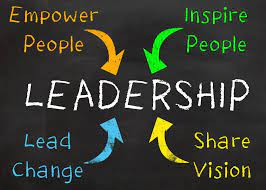 The kind of leadership UU needs.

Banishing those with whom we disagree, or banning them from saying what we disagree with, has been part of social control, in varying forms, for a very long time. Those doing the banishing or banning always feel morally justified doing so because they believe they are squashing or repelling the dangerous and harmful ideas of those they exile, torture, execute, or otherwise silence. From exile and ostracism practiced in ancient Rome, to the Crusades, Inquisitions, heresy trials, and McCarthyism, those responsible have considered it their religious and moral responsibility to suppress the “dangerous” voices of those with whom they and their communities disagree.

Indeed, history suggests the first step in subjugating others is suppressing their freedom of speech. This is why linguistic colonialism (alt. language imperialism) always accompanies the spread of empire. As Spanish grammarian Antonio de Nebrija recognized in 1492, “siempre la lengua fue compariera del imperio”[53] (language was always the companion of empire). Or, as British colonialist Edmund Spencer admitted in 1596, “it hath ever been the use of the Conqueror to despise the language of the conquered and to force him by all means to learn his [own].”[54]

The idea of silencing others by enforcing norms of political correctness has been a “thing” for the last 20 years in our society. The term “linguicide” names the problem that we are challenged by in Unitarian Universalist congregations. It seems the whole denomination is made up of “church ladies” parodied in the satirical Saturday Night Live skits. Many church ladies and gentlemen  attempt to control a congregation by threatening to leave meetings if participants didn’t conform to their desires in what and how ideas are expressed. They are a powerful force in controlling discussions which participants are scared to upset for fear of being set up as a perpetrator of some sort of linguistic violence which then allows them to play the victim and rupture the covenantal relationship.

Playing the victim to control others is a subtle game very well played in Unitarian Universalists circles and meaningful dialogue is squelched and stagnation and paralysis occurs. People being set up to be perpetrators usually leave rather than take a principled stand. It takes great maturity and skill to deal with these dynamics which the majority of people don’t possess.

Is there  a better way? Of course. It takes mature people to take a stand and remain connected to others. There are few to be found in UU and therefore the denomination is dwindling. Can differentiated leadership be developed which can facilitate the amelioration of these dysfunctional dynamics?  It can, and it will take naming the qualities, skills, and competencies being sought. The Bowenian systems theory students call it “differentiation.” Charles M. Johnston calls it “cultural maturity.” Ken Wiber calls it “integral leadership.” Probably only 10 - 20% of the population function at this level and it is from this group that UU leadership must come if it is to survive and thrive as a religious denomination.