Unitarian Universalism has lost its way. 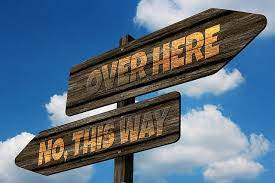 Unitarian Universalism has lost its way.

The puritanical pressures now being instituted by internal denominational forces to control the narrative of others—both who can speak and what they can speak about—and, thus, the overall group mindset, represents a form of oppression Unitarianism has, until now, resisted. Using shame, self-righteousness, and enraged warnings about dangerous ideas and hurtful speech in the name of justice and righteousness, is no less than the excuses some once used to burn Unitarians at the stake, to cast stones at Universalists as they preached, and to kick them as they tried to debate, insisting, “You have said enough, quite enough!”

Many people have walked away disgusted from Unitarian Universalism because of the self righteous indignation expressed by those in power to silence those with whom they disagree. This is one reason that congregations and the denomination remains so small and has had little influence in the broader society. In spite of the expressed covenantal affirmation and promotion of the fifth principle, “the right of conscience and the use of the democratic process…” in practice the application falls far short of the ideal.

Unitarian Universalism is not a big tent but extremely small and generates resentment and animosity from those it treats with contempt and disdain. This situation has existed for decades because of the lack of leadership which has been obsequious to mob rule. This is not democracy but a form of nihilistic narcissism which promotes the idea that there is no truth and everyone’s opinion is a s good as everyone else’s opinion as long as it agrees with mine. This level of group consciousness is egocentric and sociocentric and fails to evolve to a more world centric and integral understanding.

The mission of facilitating spiritual growth gets captured by special interests who want to use the organizational resources to advocate for social justice causes that are peripheral to the prime mission and vision of the organization. This organizing around social justice issues cannot sustain a mature organization because the motivations are situational and relatively short lived.

Will UU find its way back to a substantial mission that facilitates the spiritual growth of the members and the society within which it resides? It doesn’t seem like the leadership and the membership is much interested in this mission and so the organization may continue to dwindle and dissolve.

Unitarian Universalism has failed to create a meta narrative around which people can collaborate and thrive. This failure is the biggest challenge facing the denomination at both the congregational and the association levels.