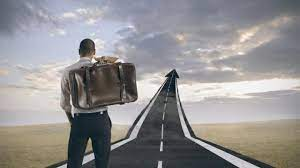 It also remains doubtful Universalism’s pre-merger Judeo-Christian tradition, its faith in Jesus, or its belief in universal salvation will still resonate with more than a few remnants after a denominational split. On the other hand, Unitarianism’s historic commitment to reason, freedom of conscience, and our common humanity are part of what draws and holds many individuals to Unitarian Universalism even now, though the UUA itself pays little homage to these cherished principles. Indeed, many are likely to become deeply troubled upon learning of the UUA’s deviation from these core values and will seek an alternative, either by demanding institutional change, or deciding to abandon a faith that has abandoned them. For these, I hope a renewed commitment to Unitarianism alone will be a better alternative, along with the formation of a new association of Unitarians, including individuals and their communities, that can finally move forward toward our common goals because we have reconnected with our historic past.

As in many a marriage, it is possible to initially be drawn together by a shared passion, to marry because of common interests, to share many years of happiness together, but to eventually grow apart, realize the relationship isn’t working anymore, and to finally break up, hopefully departing as friends. I suggest that time has come for our denomination, and, with this essay, propose its members begin seriously discussing the dissolution of the UUA.

You can’t have a divorce and complain the marriage didn’t work if it was not, in good faith, even been tried.

The seven principles and the eight sources are the ties that bind but they are rarely discussed in a thoughtful way as the values and roots which bind UUs together. What has contributed to the failure so far with the merger is poor leadership and dysfunctional governance. The failure to educate and train the ministry and lay people is a significant factor in the denomination’s malaise.

It is not time to throw in the towel but a time to roll up our proverbial shirt sleeves and get to work. UUs have excellent values which are sorely needed in a weary world which has lost its spiritual foundations. It is time for a vitalization of the perennial philosophy which is found in an interreligious understanding of what is fundamental to being human.

There is a need to move beyond the egocentric and ethnocentric levels of consciousness to the worldcentric and integral levels. UU is poised to do this, but it lacks the nerve and a theology which plots the course and provides the tools. It is time to step up, not call it quits.

There are small groups like UU A Way Of Life ministries and others willing to venture forward to create a preferred future where the seven principles provide a framework and sustain the mission. Join us today.