Should the seven principles be considered sacrosanct? 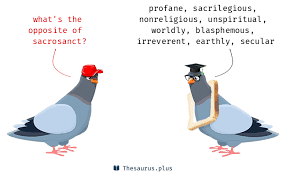 Unitarian Universalists do not like authority which is considered sacred. They would rather question, complain, discuss, reason, and argue. This tendency to be skeptical, curious, and rebellious is a good up to a point, but is nothing holy, is nothing true, can nothing be counted on?

Unitarian Universalists either believe in nothing permanent or they believe in something true. In the post modern world, sometimes called the "post truth world", there is no truth according to the adherents of this worldview. But this is false belief and leads one eventually to pessimistic nihilism. If you believe in nothing, you will fall for anything.

There is an infinite presence, whatever you want to call it, "Higher Power," "God," "Mother Nature," "The Force," and it fuels the good, the true, and the beautiful. The Seven Principles are good, true, and beautiful and they should be not only allowed to stand, but lifted up as a beacon of faith not to be tampered with.

Email ThisBlogThis!Share to TwitterShare to FacebookShare to Pinterest
Labels: UUA