How does evil manifest in the world of the ego?

Stories about moral and philosophical ideas

This is one in  a series of stories which provide ideas for reflections on moral and philosophical ideas. They can be used for all kinds of discussion groups and for individual reflection. 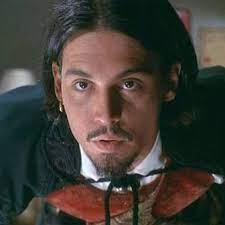 David Wiseman wrote a story entitled “The Devil You Know” which appeared in the After Dinner Conversations magazine on July 2021.

The narrator is walking down the Main St. in a small town on Christmas eve when he encounters the devil all dressed up in formal attire with two of his sons. The devil says “hello” to the man as they  pass each other on the street and the man says “Who are you?”

The devil says “ I’m Nick, Nick Baphomet, other places I go by other names, but I think you already know me.”

The devil says, “No, not full time, just here for the holidays.”

The devil says “Of course!” he replied, “One of my great successes, don't you think?”

“Your great successes? But…”

“Oh yeah. Jesus, Mohamed, Abraham, all the other guys like that, all mine.” He smiled and leaned towards me slightly, so a cloud of foul breath rolled over me. “To be honest, I’m still pretty smug about ‘em all. Used to be that there were so many gods nobody knew who did what and who to pray to, then I got the idea of just one god. Counterintuitive, right? But then the argument’s over whose god is the real god. So good, eh? Brought more misery into the world than anything before or since. Yep, proud of that.”

The devil goes on to tell the narrator that he likes peace and quiet and that people for the most part avoid him and pretend they don’t see him.

The narrator then asks the devil where else he visits like down there. The devil mocks him  and says he hasn’t been down there in centuries.

“No! Down there’s all closed up, has been for centuries. Got too crowded, and besides, there was nothing down there that couldn’t be done right here.”

“All over, a week here, another there. We’ve got offices worldwide, all the big cities and some fairly out of the way places too. There’s opportunities everywhere.”

“Offices? You have offices?”

“Incorporating was probably the single best thing I ever did. Meant I could delegate so much. Mostly it runs itself nowadays, I can put my feet up and do little more than watch, sometimes for decades. When I look back, I can’t imagine what it’d be like running things in the old way. It’d be ridiculous, I’d never keep up.

The narrator then says to the devil “Let me get this right,” I said slowly, “You’ve turned into some kind of jet-set corporate executive and you don’t want my soul in exchange for my heart’s desire?”

“Where’ve you been, friend!” He threw back his head and snorted a kind of cross between a laugh and a whinny. “Do you have any idea how much a single soul is worth today? Even a hardly used one like yours?”

I shook my head dumbly.

“Less than the cost of a cell phone. And a very cheap one too, not one of your fancy things. Nobody deals in singles any more. Everything’s wholesale, bought and sold in bundles of two million here, ten million there.”

The narrator thinks about killing the devil while he has the chance but then realizes such an attempt wouldn’t work. The devil says “No, unless you really have got magic powers – and I’m pretty sure you haven’t – then it’s probably best to stand down your red alert. Here, let’s shake and we’ll be going.”

The narrator says “Well,” I said a little lamely, trying to retain some vestige of self-respect, “at least I didn’t sell my soul, I can say that. I didn’t do a deal with the…”

The devil says,“You didn't do a deal?” he called back, “Oh, Robert, I think you already did. I’m pretty sure we've got a file on you somewhere. There’s a file on everybody somewhere.”

Email ThisBlogThis!Share to TwitterShare to FacebookShare to Pinterest
Labels: Stores about moral and philosophical ideas