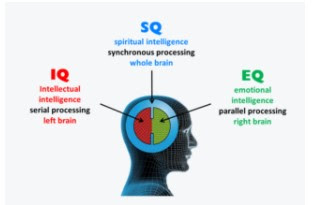 As mentioned above, I was not raised in a religious family and I have never subscribed to any organized religion, but I have been on a personal spiritual path since adolescence. As a result of this background, my spiritual convictions are eclectic; I eschew exclusivism and try to appreciate spiritual truth wherever I find it. And throughout my life I have found it abundantly in the wisdom of Christianity, Buddhism, Hinduism, Judaism, and Taoism, and in indigenous forms of spirituality as well. Further, I have found spiritual truth in nontraditional sources and unaffiliated teachings and even in spontaneous realizations that seemed to come from the very source of my self.

Moreover, I have also found significant spiritual truth in science. Indeed, the stupendous discoveries of the physical sciences serve as an important foundation for evolutionary spirituality, which recognizes that the structure, function, and order of nature is a spiritual teaching in itself. As discussed at the end of chapter 4, evolutionary spirituality seeks to develop a unified understanding of physics and metaphysics through which science and spirituality may become harmonized and increasingly seen as complementary.

McIntosh, Steve. The Presence of the Infinite . Quest Books. pp.12-13.

Steve McIntosh describes a religious worldview that might be called “interreligious.” Steve writes that his religious convictions are “eclectic” and that he eschews exclusivism. Steve’s statement reminds me of Unitarian Universalism’s statement that it considers itself a “living tradition” which draws from many sources of which six are articulated. It is worthy of note that Steve not only draws on religious traditions but on science which is the basis for Unitarian dependence on reasoning.

Steve is in a minority of the population of the United States. This minority is growing with 33%  of the American population stating on the Pew Research Religious survey that they do not have any one religious affiliation..

This sociological trend indicates that the U.S. population is probably shifting from a traditional ethnocentric worldview to a modernistic and postmodern  worldcentric worldview. There are many implications of this shift for the evolutionary development of human cultures on the planet. However, it does raise questions about what institutional structures, if any, nurture spiritual intelligence if religious institutions are no longer playing this role. It may be that this role of nurturing spiritual intelligence is increasingly falling to the arts and science.

Email ThisBlogThis!Share to TwitterShare to FacebookShare to Pinterest
Labels: The Presence Of The Infinite