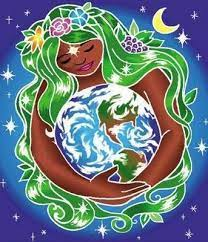 The idea that Mother Nature has become more dependent on homo sapiens than the other way around is an advance in human consciousness that has not yet occurred for the majority of the population. The biblical teaching to dominate the earth still fuels a grandiose sense of entitlement in homo sapiens which is having pernicious consequences.
The challenge of climate change is being met with technological thinking which is helpful but at a deeper level it is a spiritual problem and until their is a societal change of heart and mind we will continue down a self defeating path.
Unitarian Universalists covenant together to affirm and promote a respect for the interdependent web of existence of which we are a part.
Posted by David G. Markham at 8:44 AM