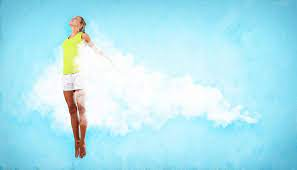 But the only meaningful prayer is for forgiveness, because those who have been forgiven have everything. Once forgiveness has been accepted, prayer in the usual sense becomes utterly meaningless. The prayer for forgiveness is nothing more than a request that you may be able to recognize what you already have. T-3.V.6:3-5

In A Course In Miracles forgiveness is the willingness to give up making other people and circumstances responsible for our unhappiness. Forgiveness is the giving up of seeing ourselves as a victims. Forgiveness recognizes and acknowledges that we are agents of the creative power of Unconditional Love which is God.

In Alcoholics Anonymous it is suggested, in the ninth step, that we make amends where it would do no further harm to repair the breaches in rapport which our thoughts and actions have caused.