Augustine is joyful that we humans are an extension of God’s unconditional love. 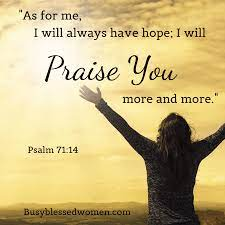 And so we humans, who are a due part of your creation, long to praise you—we who carry our mortality about with us, carry the evidence of our sin and with it the proof that you thwart the proud.

Had I read The Confessions before I studied A Course In Miracles I don’t believe I would have understood the first section of book one which is a meditation on the nature of homo sapiens relationship with their Transcendent Source. What Augustine seems to be saying in the passage above is that homo sapiens is an extension of God’s unconditional love. However, we separated ourselves from God’s Oneness with our incarnation which the Course calls a “tiny mad idea.” We could never separate ourselves from the unconditional love of God but our ego fears this awareness because it would mean its end.

Further, the Course teaches that God does not “thwart the proud” but rather patiently waits for us to make another choice about whether we want to abide in the world of the ego or the world of Spirit in God.

This choice for the ego will eventually be understood as a mistake which Augustine calls “sin.” Sin does not lead to damnation but rather to the opportunity to choose again as it merely is mistaken.

Augustine expresses his yearning to be one again with God and expresses great appreciation and joy at this realization. Augustine testifies to the holy moments when he has abided in the Unconditional love of God and wishes this further for himself and others.

Reading Augustine’s gushing about the majesty, wonder, and awe of God seems a bit over the top, but then the reader is probably not at the level of consciousness of Augustine and so has no reference for the experience Augustine is describing. Perhaps for now it is good to know that this kind of communion is possible. This knowledge gives us hope and peacefulness.

Email ThisBlogThis!Share to TwitterShare to FacebookShare to Pinterest
Labels: Book notes - The Confessions