I’m spiritual but not religious. 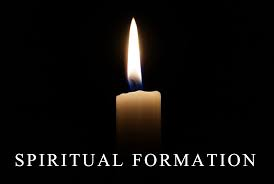 —only 11 percent of northern Europe, for example, is “churched.” That is, only one out of ten people have anything to do with institutional religion; nine out of ten find it unbelievable and useless.

There is a phrase for this that has become quite common: “I’m spiritual but not religious.” Polls show that some 20 percent of Americans identify overall with that phrase. And some polls have shown that, in the younger generation—those between eighteen and twenty-nine—this percentage explodes to an astonishing 75 percent!2 In other words, three out of four young individuals have a deep spiritual yearning that no existing religion is addressing.

There is a huge social transformation underway which goes largely unmentioned and that is the diminishment of religion as a major social institution in much of the Western world. This loss of the organizing and socializing function of religion in Western society has huge consequences for a shared meta narrative and shared umbrella for value consensus. What is to take its place and fill this vacuum? What we have seen is the rise of authoritarianism propelled by various ideologies and conspiracy theories.

What is your interior spiritual life like? From what worldview are you coming from?

Continue with us on our journey of study of the spiritual awakening of the world.

Email ThisBlogThis!Share to TwitterShare to FacebookShare to Pinterest
Labels: Religion of tomorrow