The choice is between the world of the ego or the Kingdom of God. 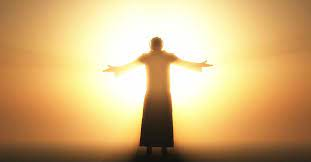 Irrational thought is disordered thought. God Himself orders your thought because your thought was created by Him. Guilt feelings are always a sign that you do not know this. They also show that you believe you can think apart from God, and want to. Every disordered thought is attended by guilt at its inception, and maintained by guilt in its continuance. Guilt is inescapable by those who believe they order their own thoughts, and must therefore obey their dictates. This makes them feel responsible for their errors without recognizing that, by accepting this responsibility, they are reacting irresponsibly. If the sole responsibility of the miracle worker is to accept the Atonement for himself, and I assure you that it is, then the responsibility for what is atoned for cannot be yours. The dilemma cannot be resolved except by accepting the solution of undoing. You would be responsible for the effects of all your wrong thinking if it could not be undone. The purpose of the Atonement is to save the past in purified form only. If you accept the remedy for disordered thought, a remedy whose efficacy is beyond doubt, how can its symptoms remain? T-5.V.7:1-12

In Unitarian Universalism we join together to affirm and promote the free and responsible search for truth and meaning which is to be found in the Kingdom of God not in the world of the ego.