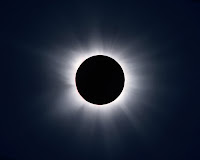 "I am finding that our unique Christian path of transformation is indeed much narrower than I once imgagined. It demands death, the death of the small self. How will we ever make that attractive or popular?"

Richard Rohr, A Clandestine Christian, in Contemplation and Action, p. 133

I like Richard Rohr. His heart seems to be in the right place and he is a smart guy. However, his claim that the death of the small self is a "unique Christian path" is bogus unless I misunderstand him. The death of the small self is part of the perennial wisdom and is part of all the significant religious traditions. Even psychology recognizes the problems which the ego creates and the need to "rise above it", i.e. transform our narcissism and egoism into a transcendent awareness that recognizes the interdependent web and the illusion of the individual self.

Does Unitarian Universalism help us in this transformation? We have the history of the transcendentalists and guys like Emerson who talked about the "oversoul".

There is a deep spiritual hunger in the world today and especially in the United States for purpose, for a sense of something greater than self to give one's life to. This impulse often gets corrupted by chauvanism, idiotic yellow ribbons that say, "Support the troops", "My country right or wrong", and by sports and celebrity synchophancy.

It would be very constructive if Unitarian Universalism could channel this impulse into the amelioration of the individual and the society in which he/she lives. The challenge is how to do this effectively.

Recognition of the perennial wisdom and interfaith collaboration in worship, education, and service would be a good start.

I think Robin Edgar's attempt to raise planetary awareness with a World Day Of Conscience at the times of the solar eclipses is a great idea. Unfortunately, he was labled as the leader of a "cult" and "psychotic" by people in the Unitarian Universalist leadership. Perhaps, his idea is ahead of the times, but I think he is on to something and the UUA leadership would be wise to give his idea thoughtful consideration.
Posted by David G. Markham at 7:58 AM