A root of violence is eliminationist and exlusionary thinking 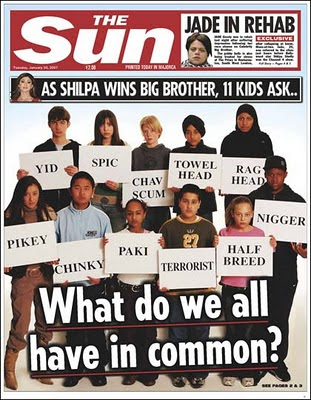 Last Sunday, 4/11/10, I led a 2 hour class on "Nonviolent approaches to peacekeeping, peacebuilding, and peacemaking" for our Second Sunday activities at the Brockport Unitarian Universalist Fellowship.

We talked a bit about the UUA Statement Of Conscience on Peacemaking and whether the UUA should become a peace denomination.

What we lacked in quantity we made up for in quality.

I am going to be writing a few articles on our discussion because I think some good ideas came up that should be preserved and circulated.

The first idea that impressed me was the idea that the one of the roots of violence is splitting - us/them- thinking, talking, and acting. "You are either with us or against us." Bush was good at this, and said it many times during his administration. Those of us of Viet Nam vintage remember the bumper stickers from that era which read "Love it or leave it!", and "Better dead than red!"

Human beings have a strong penchant for demonizing and objectifying the enemy. It makes it easier to kill them because they are perceived as less than human, inferior to us, and deserving of elimination.

What is the antidote to exclusionary and eliminationist thinking?

I think that it is encompassed in UUs first principle, appreciating "the inherent worth and dignity of every person."

As a church we witness to an inclusionary position and we recognize and act on the belief that we all are part of the interdependent web of all existence which flies in the face of the Us/Them dichotomy.

Our small faith filled group on this past Sunday morning want something more for our world than Us/Them thinking, talking, and acting. We want the UUA to recognize that this kind of splitting is the root of violence and that we have to reach across the divide and recognize that the enemy is us. We are hoping that the SOC on peacemaking passes in the GA this June.

This is article #1 in a series on Nonviolent Approaches to peace.
Posted by David G. Markham at 7:00 AM