Chalica, Day 4, A free and responsible search for truth and meaning 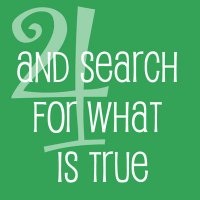 Americans don't like truth, at least the American government doesn't. The United States government and most governments are afraid of their own people. You would think that in a democracy things would be different, but they aren't.

The Athenians killed Socrates and some prominent Americans are calling for the death of Julian Assange.

As a marriage counselor I deal with many couples where one of the partners lied to the other about an affair, and there are many families that I get involved in where family secrets have been kept for  years or decades that are quite a shock when revealed.

To tell or not to tell? Don't ask don't tell has been official policy in the U.S. military for a couple of decades now where a person's sexual orientation is to be keep secret. Senator McCain likes it that way and wants the disengenousness to continue even when the military leaders themselves say it is bad for morale.

America is a nation of liars where lying is national policy and where telling the truth has recently been labeled as terrorism and deserving of death.

The Unitarian Univeralist value to truth telling and the free and responsible search for truth and meaning is certainly counter cultural and revolutionary.

George Orwell said, "In the time of universal deceit, telling the truth is a revolutionary act."

Unitarian Universalists are special people who have come together to covenant together to create a revolutionary church. In an age of corruption and deceit our congregations and our fourth principle is worthy of huge celebration.