Chalica, Day 5, The right of conscience and the use of the democratic process within our congregations and in society at large 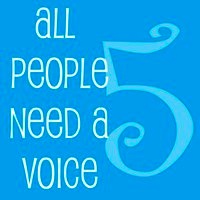 All people need a voice but money talks and baloney walks and those with the money get to frame the debate and dominate the media communication channels. After all he/she who pays the fiddler calls the tune.

The sad news is that our democracy is dead. The executive and legislative branchs of our governments, and increasingly the judiciary, is for sale, and is bought by the corporations and the millionaires and billionaires. We all don't have the money of Rupert Murdoch.

When the U.S. Supreme Court ruled that Corporations are the same as persons and have unrestricted free speech rights the die was cast and it was the day that our democracy was dealt its finaly death blow.

The only hope now is that people of concscience will speak up and resist but when they do they are called traitors and terrorists.

The only institutional support I see for truth tellers in my community is our Unitarian Universalist Fellowship. Otherwise people are encouraged to lie which is the government supported policy of the military in Don't Ask Don't Tell and the outrage at Wikileaks. God forbid the people should learn the truth.

All people need a voice but few people have one. Those in power are very good at silencing those they don't want to hear from and/or feel threatened by.

Poor Robin Edgar has been castigated and harassed by the powers that be at the UUA and the church of Montreal. Even in our own denomination secrecy and character assassination is practiced to silence people. This blog has been criticized for allowing Robin to voice his opinions and ideas here. Robin is always welcome even though what he has to say is often disturbing to other people especially UUs who claim to support this principle of giving each person a voice.

We celebrate this prinicple today and hopefully a few brave souls will actual make it a reality putting it into practice.

How the CEOs and politicians lie to their consitutencies and still sleep at night mystifies me but with no conscience, psychopathic qualities emerge in every human being who wants to cover his/her behind or pursue his/her interests which he/she perceives other people objecting to.

Democracy has a price, and price is usually more than people are willing to pay, especially people in power whether it be in a marriage, a family, a community, a church, a State, a Country.

It's coming through a hole in the air,
from those nights in Tiananmen Square.
It's coming from the feel
that this ain't exactly real,
or it's real, but it ain't exactly there.
From the wars against disorder,
from the sirens night and day,
from the fires of the homeless,
from the ashes of the gay:
Democracy is coming to the U.S.A.

It's coming through a crack in the wall;
on a visionary flood of alcohol;
from the staggering account
of the Sermon on the Mount
which I don't pretend to understand at all.
It's coming from the silence
on the dock of the bay,
from the brave, the bold, the battered
heart of Chevrolet:
Democracy is coming to the U.S.A.

It's coming from the sorrow in the street,
the holy places where the races meet;
from the homicidal bitchin'
that goes down in every kitchen
to determine who will serve and who will eat.
From the wells of disappointment
where the women kneel to pray
for the grace of God in the desert here
and the desert far away:
Democracy is coming to the U.S.A.

It's coming from the women and the men.
O baby, we'll be making love again.
We'll be going down so deep
the river's going to weep,
and the mountain's going to shout Amen!
It's coming like the tidal flood
beneath the lunar sway,
imperial, mysterious,
in amorous array:
Democracy is coming to the U.S.A.

I'm sentimental, if you know what I mean
I love the country but I can't stand the scene.
And I'm neither left or right
I'm just staying home tonight,
getting lost in that hopeless little screen.
But I'm stubborn as those garbage bags
that Time cannot decay,
I'm junk but I'm still holding up
this little wild bouquet:
Democracy is coming to the U.S.A.
Posted by David G. Markham at 1:25 PM