Unitarian Universalism in a culture of narcisissim 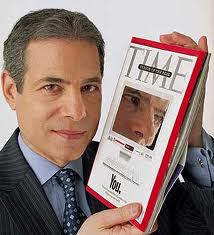 "Economic man...has given way to the psychological man of our times - the final product of bourgeois individualism. The new narcissist is haunted not by guilt but by anxiety. His sexual attitudes are permissive rather than puritanical, even though his emanicipation from ancient taboos brings him no sexual peace. He extols cooperation and teamwork while harboring deeply antisocial impulses. He praises respect for rules and regulations in the secret belief that they do not apply to himself. Acquisitive in the senses that his cravings have no limits, he does not accumulate goods and provisions against the future, in the manner of the acquisitive individualist of the 19th century political economy, but demands immediate gratification and lives in a state of restless, perpetually unsatisfied desire."

Christopher Lasch, The Culture of Narcissism

What creates a culture of narcisissim and how does Unitarian Universalism support it or counteract it?

One of my favorite bumper stickers says "You are unique like everyone else."

Unitarian Univeralism values the inherent worth and dignity of every person and the free and responsible search for truth and meaning. All individualistic ideas.

We also value justice, equity and compassion in human relations and the interdependent web.

Unitarian Universalism supports a healthy but not a malignant narcisissm the difference being all for one or one for all. UUs are hopefully one for all and not looking for all for one.

So, I am giving up my unhealthy narcisissm and considering the good of the whole.

UUs are different. We believe in the common good and the inherent worth and dignity of every person, of all of us, of everyone.
Posted by David G. Markham at 11:01 AM