Are you one of God's teachers? 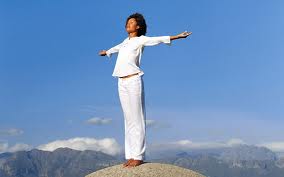 I strongly suspect you are or you wouldn't be reading this blog.

A Course In Miracles says that "A teacher of God is anyone who chooses to be one. His qualifications consist solely in this: somehow, somewhere he has made a deliberate choice in which he did not see his interests as apart from someone else's."

The seventh principle of Unitarian Universalism affirms and promotes "Respect for the interdependent web of all existence of which we are a part."

The Course would say that it is this recognition of the interdependent web which leads to the salvation of the world. This salvation is based on forgiveness, and when we forgive one another we save time and move the world closer to At-one-ment.

There is a course for every teacher of God. There are many roads to Rome and many ways to skin the cat as they say but ACIM says that while the forms are different and teaching aids are different the content is always the same which is "God's Son is guiltless, and in his innocence is his salvation."

We teach all the time. A person demonstrates what he believes by the way he thinks and acts. As a teacher of God, a person becomes very aware of this and chooses what he thinks and is conscious of how he acts and in so doing redeems himself and the world.

Unitarian Universalists are a light unto the world and while a small, dim one, they join with other teachers of God to save time and in doing so hasten the awareness of the kingdom of God for all the people of the world.

Thank you for your witness and work.

Email ThisBlogThis!Share to TwitterShare to FacebookShare to Pinterest
Labels: ACIM