The ongoing saga of Alicia and Greg - What is church? 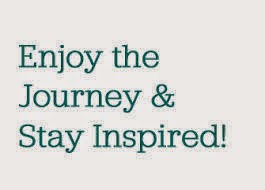 "People ask me if I am religious and I say, 'I'm spiritual but not religious'", said Alicia

"That's cute, Lice, but a lot of people say that, and I don't even think they know what that means, cuz I ask em, and they can't explain it," said Greg.

"Well, I believe in a Higher power and all that but I don't believe all the shit most churches tell you ya got to believe if you are going to be one of them and not go to hell, ya know what I mean," said Alicia?

"Certainly, people, these days, are not going to believe in bull shit just cuz some preacher tells em they've got to believe it and then makes up some cockamamie reason quoting some scripture from the bible. How lame is that," said Greg?

"It's not like its a scientific fact, or a historical fact, but does it make you a better person? Does it help you have a better life? Isn't that the thing, really," Alicia said?

"Everyone wants to be happy, right? So what will make you happy? You got to take that on faith at first and then try it and see what happens. Listen, Lice, I'm a practical guy. My therapist says to me all the time, 'So Greg, how is that working for you?' and he kind of smiles and waits for me to say something. The guy really gets into my head and makes me think. He's one of the most spiritual guys I know, but you'd never know it just looking at him," said Greg

"Maybe that's why people are dropping out of churches, because what they are telling people isn't working for them any more," said Alicia.

"President Bush said it was god telling him to invade Iraq and Afghanistan, and he ended all his speeches with "God bless America" like God wants us to kill millions of people for what? End 'terrorism' whatever they mean by that," said Alicia.

"That religion is pretty fucked up," said Greg. "What church did he go to?"

"I don't know, one of those fundamentalist churches I think," said Alicia.

"Jesus, said something about telling the difference between a good church and a bad church by the fruit they bear, and Bush's church certainly didn't, doesn't, as far as I know, bear good fruit," said Alicia.

"I like Jesus," said Greg. "Gandhi supposedly said one time that he loved Jesus too and the New Testament and if he ever found a church that actually followed the teachings of Jesus he would convert from Hinduism to Christianity. I would guess he was being sarcastic, but I agree with him," said Greg.

"I don't know if we will ever find a perfect church, Greg. It we are gonna go to church we will have to be willing to settle for one that isn't perfect or I guess we can just continue to go it alone as we have been," said Alicia.

"Maybe we should start our own," said Greg.

"We don't know what we are doing," said Alicia. "We would make thousands of mistakes. It would probably flop even if we could get something going."

"My God wouldn't care one way or the other," said Greg. "All my God would care about is whether we had any fun and learned anything from the experience."