How will we deal with climate change: like sheep or mature men and women? 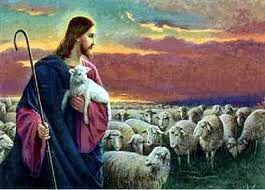 In the novel, Flight Behavior by Barbara Kingsolver, the main character, Dellarobia, has been helping with the sheep shearing on the farm where she and her husband, Cub, live along with Cub's parents, Bear and Hester. Dellarobia takes a break and looks out the hay mow door on the second floor of the barn at the newly shorn sheep. Here is how Kingsolver describes the scene:

"When she (Dellarobia)  opened them (the hay mow doors) she looked down on the sheep milling around in the dusk, surprisingly slim and trim without their wool. Pastor Bobby at Hester's church spoke of Jesus looking down on his flock from on high, and it seemed apt: an all-knowing creator probably would find humans to be exactly the same kind of ignorant little dumb-heads as these sheep. Right now they were butting each other like crazy. Hester said head-butting was a flock's way of figuring out who was boss, so it was normal to some extent, but Dellarobia had noticed that shearing always left them wildly uncertain as to who was who." p. 41

This analogy of sheep to human beings seems keenly appropriate especially as it comes to the insanity that is contributing to climate change. Human beings are contributing to it and as the old line from the comic strip Pogo said, "We have met the enemy and he is us." Except climate change isn't about us vs. them, but will affect all of us rich and poor alike. Of course, the rich can insulate themselves longer by capturing resources to mitigate the negative consequences while the poor will be the first to suffer and die, but eventually, homo sapiens along with many other species of animal and plant will become extinct.

There will be a lot of head butting as the competition for land, food, and other goods increases because of the influences of our changing climate. There is no God to save us, and Mother Nature operates on the principle of Karma not benevolence. And so, like Dellarobia watching the newly shorn sheep, we are left to wonder how our climate changing will play out when the new pecking order gets established and new roles are developed for people to play leading us to be able to recognize the cast of characters one from another. Unlike sheep though we are conscious creatures who can influence to some extent our own fate and whether this new fate will be founded on love, compassion, and justice or on attack, jealousy, and oppression remains to be seen. It is in our hearts and hands as Unitarian Universalists to show the world that there is a better way.
Posted by David G. Markham at 7:00 AM