Mercy and repentance are appropriate at this time in the planet's history. 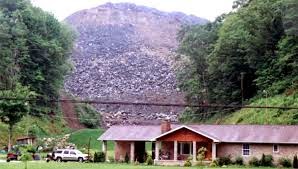 Dellarobia's son, Preston, goes to kindergarten where he has met a classmate, Josefina Delgado, who is a daughter in a migrant farm family from Michoacan, Mexico where the Monarchs usually go to roost in the winter time until flooding caused landslides that not only destroyed their traditional roosting site but also the village where the Delagados lived as well.

The Delagados had heard about the Monarchs on the Turnbow property from their daughter and came to visit Dellarobia hoping they could climb the mountain and see the butterflies. Only the daughter, Josefina, speaks any English and Dellarobia speaks no Spanish, so Josefina translates for the adults as Dellarobia learn their story. The chapter ends with this paragraph:

"They all sat quietly for a long time. Dellarobia had ridden out prayer meetings aplenty, but had no idea what to say to a family that had lost their world, including the mountain under their feet and the butterflies of the air." p. 103

Indeed what does one say in the face of ecological devastation. The grief is palpable but unspoken as it is so fresh and new as to be mind numbing and unbelievable. And yet, here, through the facilitation of their 6 year olds, they grapple with the phenomenon which they literally don't have the words to share with one another because they don't speak each other's languages, but even it they did, they would still find their words unsatisfactory in describing the enormity of what they have witnessed and lived through.