Story of the day - For there to be winners there's got to be losers. 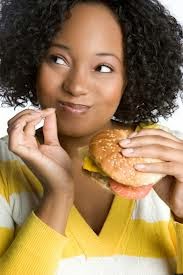 Suzie said to her husband John when he got home from work, "Sophie came home crying today because the cheerleading coach told her if she didn't work harder she'd be cut from the team. She thinks she's fat so she said she is skipping dinner."

"She's not fat," said John. "What would make her think such a thing?"

"She's only in sixth grade, but developing faster than the other girls, and they may be jealous so they are teasing her. You know how girls can be? Or maybe you don't," said Suzie.

"So she thinks starving herself is going to stop her breast and hip development?" said John.

"I don't know," said Suzie. "Kids at this age are so competitive, and catty, and worried about fitting in and being popular. Everyone wants to be a winner and, of course, for there to be winners, there's got to be losers. Some people are just going to be the losers that's how the pecking order for the pre-teen, and young teenagers works."

"So that's where your self righteous indignation comes from," said Suzie laughing.

"Honey, your desire for things to be right, and your honesty, and humility are what attracted me to you. If you were an arrogant know it all, it wouldn't be attractive, but because of your honesty and humility and willingness to admit if you can't do it better, it works for you," said Suzie.

"You need to talk to her," said Suzie. "Coming from a man and her father is probably more important that it coming from me. Tell her whether she gets on the team or not is not important. What's important is that she do her best and the chips will fall where they may, she can't control that. And if she is cut it certainly won't be because she is fat, she is just right, and her body is changing just as Mother Nature intended and that you love her no matter what."

And he did, and Sophie listened, and ate her dinner. The moral of the story is that love trumps torturing yourself, turning yourself into somebody you aren't, to win and fit in. Amen. May it be so.
Posted by David G. Markham at 7:00 AM