Media literacy and critical thinking can save the world 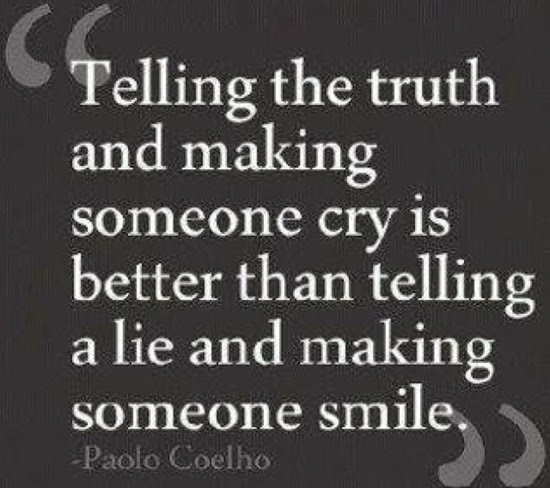 In Chapter 3 of the Green Boat, entitled “Our Foundering Ship of State”,  Mary Pipher describes some of the dysfunctional aspects of our democracy. There are many factors that contribute to this dysfunction and they all can be related to the Unitarian Universalist forth principle, “a free and responsible search for truth and meaning,” because this dysfunction can be attributed to the opposite of that principle, namely, irresponsible spreading of disinformation and a failure to name what appears to be the truth because it is opposed to vested interests.

Pipher cites a professor from Stanford, Robert Proctor, who coined a new term, “agnotology” for the study of ignorance deliberately manufactured because of political considerations. George Orwell in his book, 1984, called it “newspeak”. In our every day, colloquial conversations, we might describe it as “double talk,” “spin,”, or the more pedestrian, “bull shit.” Pipher quotes Proctor as saying in a 2009 interview in Wired magazine, “People always assume that if they don’t know something, it’s because they haven’t paid attention or haven’t figured it out. But ignorance also comes from people literally suppressing truth – or drowning it out – or trying to make it so confusing that people stop caring about what’s true and what’s not.” P.59

In psychotherapy we often describe the marginalization of local knowledge by oppressive, dominating authority figures as “silencing.” People are made to feel that they are stupid, or their beliefs and opinions are not welcome, and the tactics of silencing are too numerous to describe here, but the most prevalent is those in power simply ignoring what marginalized people have to say. If that doesn’t work some form of mockery and ridicule is used, and if that doesn’t work some more aggressive, hostile attack will be employed. History is full of examples of people who engaged in a free and responsible search for truth and meaning that threatened the power structure of the time, the so called “dominant discourse,” who were killed or otherwise significantly punished to coerce their silence and eliminate the perceived threat to the status quo.

Pipher goes on to point out that the media in the United States is now owned by a handful of corporations with their vested interests who chose what stories to present every day. As Pipher articulately writes, “Our media don’t necessarily tell us what to think but they can and do tell us what to think about, simply by what they chose to cover or ignore.” P.60  Or as I like to say, who gets to set the agenda, frame the debate, skew the conversation in preferred directions? This is the hidden power of the media as part of their editorial activity to decide what stories will have what priority on any given day. And being passive lambs led to the slaughter, American TV viewers, radio listeners, internet browsers tend to watch and accept whatever they are dished out. Sometimes more media literate viewers might question the content and format, but for the most part Americans are easily propagandized as evidenced by the billions of dollars spent every year on campaign ads, and other corporate advertising.  Pipher writes:

“Journalism uses the ‘Chad rule’ for topics. That is, don’t report on topics that don’t interest most people. The thought is – how many Americans really care about the African country Chad? And how many people are losing sleep over the earth’s current CO2 levels? This all becomes a vicious circle, of course. It is hard to care about what we don’t know about and difficult to inform people about what they appear not to care about.” P.61

The first two principles of Unitarian Universalism are the “inherent worth and dignity of every person,” and “justice, equity, and compassion in human relations,” and neither of these principles can be effectively applied in a person’s life without an element of curiosity. Are we interested in the well being of other people, or only ourselves? There was a time what it was easier to be self absorbed and self protected, but since the mid 90s with the advent of the world wide web, and the global economy, this attitude of national protectionism doesn’t work anymore and especially in the age of the possibility of nuclear war and climate change we, homo sapiens, have become more aware than ever that we are part of a global community on planet earth.

Here in the United States we engage in ritual rather than truth seeking. One of the rituals that Americans have fallen into is that there are at least two sides to every story and political position and so Fox news crows about its news coverage being “fair and balanced”, and other media producers are careful to provide, ritualistically, “both sides of a story.” This ritual creates an assumption that there are “two sides to a story”, but are there two sides to truth, to scientific facts?  There is great confusion over the types of knowledge as outlined in the study of epistemology. When it comes to science or logic there are not two sides to a story. Water is made up of a molecular structure of H2O. 2+2=4. How could there be two sides to these stories? As former New York Senator, Daniel Patrick Moynihan, said “A person is entitled to his own opinion, but he is not entitled to his own facts.”

Most Americans, unfortunately, are stuck at the lower levels of wisdom and faith development. Pipher quotes John Hansen, president of the Nebraska Farmers Union as telling her, “It’s virtually impossible to reason someone out of a position they were never reasoned into.” P.67 Most Americans accept what they are told, and never have acquired the skills of media literacy and critical thinking. If there is any doubt about this, just watch our political decisions and policy making. However we are at a point in our evolutionary history where ignorance and stupidity are dangerous and put life as we know it on this planet at great risk.

Unitarian Universalists while a very tiny denomination in the United States are at a level of faith development, for the most part, that provides an awareness of the interdependence of life on our planet that leads us to a role of enlightened witnesses. We can tell the truth even if no one will listen and they ignore us, or they are threatened and mock us, or they become greatly disturbed that their vested interests are in peril and they attempt to punish and even kill us.


Truth telling is a critical role without which nothing else positive can happen in an intentional, constructive way. Turn off your television, read the media critically, sift out the nuggets of wisdom, and share them with your family, friends, and neighbors. Together we can make a difference and save our world.
Posted by David G. Markham at 7:00 AM