Spiritual encouragement requires a mind of one's own 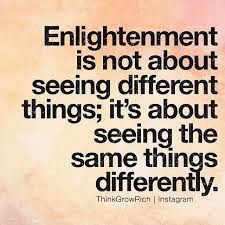 In the third principle, Unitarian Universalists covenant to affirm and promote acceptance of one another and encouragement to spiritual growth in our congregations and often have difficulty in comprehending what, at a deep level, this acceptance and spiritual growth might actually entail. Murray Bowen, the Psychiatrist at Georgetown and a pioneer in family therapy, developed what has come to be known as Bowenian Family Systems Theory. One of his students, Edwin Friedman, also happened to be a Rabbi and used Bowen's ideas in consulting work with synagogues and congregations from various religions and denominations. A key idea which Bowen developed, and Friedman further expanded on and applied, is the idea of differentiation. In simple terms, differentiation is how one is different from one's family of origin. In other words, to what extent does this person have a mind of his/her own, can stand on his/her own two feet, is captain of his/her ship, and master or mistress of his/her own fate?

Bowen is clear that whether a person changes some of the values, beliefs, and practices or keeps them does not matter as far as differentiation is concerned. The point is -  did the person make a conscious choice? Once a person becomes conscious of the values, beliefs, and practices and makes a decision to keep them or change them, the person is in control of his/her own life and not just victimized by emotional and social forces and dynamics he/she doesn't understand. He or she now understands what makes him or her tick. They have some understanding of the forces that influence their own functioning and so they can manage them. Without this conscious recognition they are doomed to be influenced by forces that they don't understand or are even aware of. How spiritually aware can a person be if he or she doesn't even understand the forces that influence their own functioning?

Bowen says some interesting things about the application of his model of differentiation. He says that descriptively you could could put differentiation on a 10 point scale with 10 being enlightened, fully actualized, realized, self aware human being. Jesus and Buddha and other enlightened masters have made it all the way to a 10, but most people don't grow much past 5. Bowen says that the degree of differentiation is directly related to a person's mental health so the more differentiated a person has become the more mentally healthy (s)he will be. The level of differentiation is directly related to a person's consciousness and level of functioning. So a 5 will always marry a 5, or a 6 a 6, but a 6 would never marry a 5 because the 6 would always to talking over the 5's head.

How do you help someone become more differentiated? By helping him or her have a mind of his/her own and be able to take principled stands and positions on issues of disagreement and conflict within the group or organization. If the person with the authority to make decisions and allocate resources is wishy washy, ambiguous, rides the fence, afraid to take a stand or position, the functioning of the group or organization will suffer.

It probably is no surprise that when the leader(s) of a congregation and/or group are "straight with people", willing to put his/her cards on the table, is willing to call a spade a spade and take the bull by the horns, things go better in the long wrong even if this honesty wrankles some people in the short run. It is hard, if not impossible, for a subordinate to function at a higher level of differentiation that his/her superordinate. The subordinate who is growing and surpasses their superordinate must either leave the organization or take charge if the organization is going to survive and thrive.

As we review the New Testament and consider Jesus' functioning, there are many statements about people being amazed that this carpenter's son speaks with such authority and wisdom. Some people are astounded and say things like, "where did this person come from? How can this be?" And others mock Him and sarcastically address Him as rabbi when He is not ordained and a rabbi in any official capacity. People immediately though recognize Jesus as highly differentiated. Jesus even asks his own disciples one time, "Who do you say that I am?" and they recognize that there is something special about Jesus' functioning but they have a hard time answering His question articulately.

It is imperative that congregational leadership be highly differentiated other wise the functioning of the congregation is mediocre at best and full of conflict and strife at the worst. It could be argued that Unitarian Universalism is a very tiny denomination and its congregations are also very small on average because of the lack of differentiated leadership and because of this the congregational culture isn't such that much spiritual growth can be encouraged from a Bowenian systems perspective. Perhaps it is the misguided understanding of "democracy" which leads to consensual decision making and endless committee meetings in UU congregations which not only leads to, but sustains and encourages, this mediocrity.

If the UUA were to seriously address the application of its third principle it would need to have a ministerial training program which educated and socialized holy and highly differentiated ministers for leadership. Without this the denomination will continue to stagnate unless lay leadership emerges which can function effectively without depending on a mediocre clerical staff.

This model predicts a cascading dynamic in organizations that are isomorphic so that the highest functioning people, hopefully in leadership rolls, will nurture and encourage the growth of the people at lower levels or more marginal positions in the organization. This kind of differentiated leadership is emotional and doesn't have anything to do necessarily with intelligence, degrees, credentials, or social status but with what Daniel Goleman calls "emotional intelligence."

To be emotionally intelligent one needs to be very self aware, have excellent self control, the ability to tolerate high levels of ambiguity and frustration, the ability to be self directed and set goals and persist in the pursuit of them in spite of barriers and obstacles, and be very empathic and able to read people and manage their emotions for them as well as one's own.

The deal with spiritual encouragement is that people with more spiritual insight, knowledge, and functioning can share what they have with people who have less, and in the process they learn again or more intensively and extensively what they teach and share. This dynamic then becomes a win/win in our congregations which are experienced as dynamic, inspired, and full of joy and Love.
Posted by David G. Markham at 7:00 AM