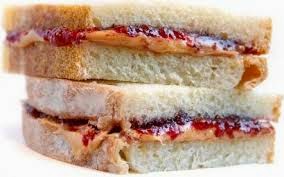 "I don't believe in denial," said Larry. "I think people know they just don't have the courage to face the truth so they repress it."

"Same thing," said Martha, "I don't care what you call it, denial, repression, avoidance, lying. Still the same thing. The ole 'out of sight, out of mind.'"

"Whistling in the dark, fiddlin around while Rome is burning, sweeping the dirt under the rug, letting sleeping dogs lie, blowing it off, ducking the shit," said Larry laughing.

"Let's eat drink and be merry for tomorrow we die. 'Carpe diem' as Horace wrote in one of his odes before Jesus was even born," said Martha.

"Listen to us now, laughing about the truth of climate change," said Larry. "I guess it is serious business. All the real scientists agree - the planet is getting warmer, the ice caps are melting, the seas are rising, the weather over the long haul is changing significantly.

"I don't know who was scarier, McCain or her," said Larry.

"Right, well we got Obama. Has he been any better when it comes to the environment?" said Martha.

"For a Muslim, born in Kenya, and a 'nigga' what did you expect?" said Larry.

"That's not funny!" shouted Martha, "even if you are fooling around."

"We have a lot of work to do," said Martha. "How do you convince the naysayers?"

"I don't know if you can until it affects them personally or someone they love," said Larry.

"Nothing for you until we solve this climate change denial problem," said Martha smiling.

"It would be the quicker way to go. Sooner rather than later," said Martha.

"I'm not going to let you die before me, "said Martha. "How about I whip up some peanut butter and jelly sandwiches?"

"Yummmmmmmmmmmm," said Larry. "I guess I'll live another day to continue to work to resolve the problem of climate change denial.
Posted by David G. Markham at 7:00 AM