Going back to school raises the question “What is schooling for?” 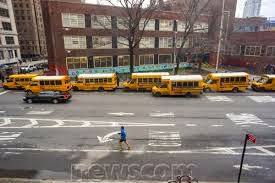 It’s been quite a week in Disneyland.

The kids are now back in school, for better of for worse. Some reluctant students have griped about returning to the classroom, stating in no uncertain terms that they hate school.

"It's stupid," one tenth grader told me. "It's a boring waste of time and I don't understand why I should be forced to go. Last I checked this was a free country."

That set me to wondering why the state, in its infinite wisdom, supports compulsory education. Why do we incarcerate kids against their wills and deprive them of their liberty? Our Constitution prohibits the government from infringing on the freedoms of its citizens. A writ of habeas corpus can be brought in any jurisdiction that takes liberties with personal freedoms -- except, of course, where kids are concerned.

We kill them through abortion, incarcerate them in school, and force them to abide by the court's ruling in ugly court divorce cases. Supposedly it's for their own good.

I asked some of the members of our community what they thought about the idea of compulsory schooling.

"Kids have to go to school -- period," said Elmer Sandbagger. "What are you going to do -- let them sit around all day? If they don't learn anything, how are they going to participate in our democracy? Well, I guess they could just read USA Today, but kids should go to school, too, for gym."

"We should pay kids to go to school," said Jennifer Goldigger. “My father gave me $5 for each 'A' I brought home. He even gave me a car when I graduated. I decided not to go to college -- not that I didn't like school or anything. See, I want to be a model or an actress, and I'm dancing at the Babes Unlimited Club to make ends meet until I get my big break. Overall, I enjoyed school. I really liked cheerleading for the football team. In fact, some of my fondest school memories involve football players.”

“We have turned into a godless nation since they took prayer out of the schools," said Roy Christian. They're teaching secular humanistic values, talking about sex, distributing condoms. I don't want my kids to have any part of it. I'll send them to a private Christian school or homeschool them if I have to. Education is the God-given responsibility of parents, and the government has no business telling me how to do it."

A guy we know has been thinking about starting the American Association to End Compulsory Education. He decided to lay low, though, when NEA vigilantes threw a brick through his front window and set his schnauzer on fire. He has a point. There are a lot of ways to get an education, and public schooling is not necessarily the best. We wish that there were more affordable alternatives. But the teacher unions have a captive audience, and the taxpayers keep coughing up the bucks to support what amounts to a government monopoly. So, until there are vouchers, viable alternatives and competition among schools, test scores will continue to plummet, cultural literacy will continue its steady downward spiral, and students will continue to complain that school is boring and a waste of time. And they're right.

And that's the way it is in Disneyland this week, where Jennifer is using her education to excel as an  exotic dancer, Roy worries that his 13-year-old daughter's boyfriend will decide to take advantage of the free condoms now available in school, and the school taxes have gone up another 17% this year.

The Amelioration Foundation realizes that there are two sides to every story. Although we believe compulsory education makes about as much sense as diet chocolate, there are certainly some excellent arguments for maintaining our educational status quo. Thus, in keeping with our reputation for objectivity and fair play, we present ...

9.   Army recruiters would be faced with a dwindling pool of kids with no options; would have to find another source of financially strapped, impressionable young people to do the bidding of the military-industrial complex.

8.   NEA would have to reduce membership fees.

7.   Parents might have to spend more time with their children, take an interest in their socialization.

4.   Students would lack social skills without daily contact with peers at school; might go through life unable to respond appropriately to interactions such as, "Fuck you, Faggot!"

3.   Dean of students gets a rush from suspending troublemakers; might turn to girlie mags, heroin to compensate.

1.      School administrators would have to go to work at Burger King, or become hedge fund managers and do some real work for a change.

The above story is obviously satire and at certain points disturbing. As Americans we rarely question the idea of compulsory schooling and the purpose it serves in our society. If we are going to sincerely engage in the free and responsible search for truth and meaning we have to seriously examine the major institution in our society which claims to serve this purpose of transmitting truth and meaning from previous to subsequent generations in our society. Furthermore, it is not a free search but one that we have made compulsory. The question of how responsible it is raises interesting questions of what stakeholder interests are being served by the system we have created?