What does Universalism have to offer the world? 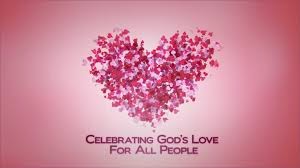 In Richard Trudeau's book, Universalism 101, he writes, "In 1960-1961, when the Unitarian and Universalist denominations combined, the Universalists - less prosperous, less educated, less confident, and outnumbered five to one - were afraid of being swallowed up.". p.3

What is the evidence for this idea that Unitarianism will become more Universalist? I don't see it, do you? It is interesting that Rev. Trudeau stops referring to the consolidated entity as a "denomination" and instead, like many people, refers to it as "a movement" which I have never understood. Is UU a religion or an ideology? With its social justice focus it has become more of a social activist movement for liberal causes rather than a religion focused on the spiritual life of its members.

As a result of this loss of spiritual focus, Unitarian Universalism, both dying denominations to begin with, and thus their collaborative consolidation, has been further atrophying. It's slow demise might be accounted for because of its loss of purpose, focus, and mission. Social justice advocacy does not a religion make. If there is hope for future viability for Unitarian Universalism it will be because the Universalist impulse and intuitive wisdom and insight that God is  Love ignites a renewal of spiritual fervor.

The Universalist insight that God so loves God's creation that God's love assures universal salvation and God's creatures no longer have to fear hell so God's creatures will do the good because it is a more satisfying and fulfilling way to live life than to just indulge one's one's momentary sensory desires is compelling and vital. This idea of the good life is not unique to Universalism but to the Stoic philosophers of antiquity.

Unitarians do not just become what they eat but in turn are also, hopefully, eaten by a broader society that finds Unitarian Universalism an attractive and tasty morsel. The challenge becomes for Unitarian Universalism to present itself as an attractive and aesthetically pleasing delight to nourish the broader society. What is more attractive and pleasing to the human experience than Love? As it is written in A Course In Miracles, "The course does not aim at teaching the meaning of love, for that is beyond what can be taught. It does aim, however, at removing the blocks to the awareness of love's presence, which is your natural inheritance. The opposite of love is fear, but what is all-encompassing can have no opposite."

Universalism's mission is to help people remove the blocks to the awareness of Love's presence and rise above their fears. In order to carry out this mission to facilitate this experience of Love's presence,  Universalism must provide what ACIM calls "miracles" which is a change in perception from the ego plane to the sacred. This shift in perception and understanding naturally leads to a change in behavior for the good. Universalism's miraculous understanding of God's Love is the yeast in the dough which activates a wonderful rise, uplift, in the social dough of society in which it is embedded. To become aware of Love's presence we have to eschew the way of the ego and the world. We do this, especially at this Lenten season, by making small sacrifices to benefit the interdependent web. What will you do today to push aside the demands of the world so that you can relax into an awareness of Love's peace?
Posted by David G. Markham at 7:00 AM