UU witness is needed to redeem the U.S. from the sin of Trumpism 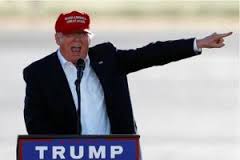 Trumpism manifests the dark underbelly of American culture characterized by sexism, racism, religious intolerance, xenophobia, and fear mongering intimidation. This shadow side of American culture is partially hidden most of the time even though it erupts continuously in pockets of subjugated and oppressed subcultures where victims are powerless to combat it. The majority of the population politely ignores these manifestations of injustice with excuses such as "I didn't want to get into it," "there was nothing I could do anyway," and "it has nothing to do with me." Now, Trumpism is rubbing our proverbial noses in it with a societal drama that is a caricature of what has been present all along, but which we, as a society, have preferred to ignore and deny. Americans and people around the world have been woken from their slumber by the wolf at the door threatening the stability and well being of a whole nation and people around the world.

Unitarian Universalists have a far different view of the world that the one presented by Trumpism. UUs with their seven principles affirm and promote the inherent worth and dignity of every person not just the wealthy, the beautiful, and the powerful. UUs with their seven principles affirm and promote justice, equity, and compassion in human relations not predation, unequal treatment, and contempt and disdain for those unwilling or unable to comply with the requirements and expectations of the more powerful. UUs affirm and promote a free and responsible search for truth and meaning not lying, manipulation, and blaming and shaming of those who would disagree or question the assumed righteousness of the powerful. UUs affirm and promote the goal of world community with peace, liberty, and justice for all not the "pay to play" "give to get" mentality that characterizes Trumpism.

If there is a modern example of sin one need look no farther than the statements and behavior of those who espouse Trumpism  where assault is encouraged at rallies and disrespect for others is cheered with vicious emotional arousal bordering on riot.

At this time, more than ever, the UU witness is needed in America to counteract the toxic poison of Trumpism. UUs need to call the nation to repentance with the goal of redeeming our nation from the scourge of the hell being envisioned and the Trumpists are attempting to create.
Posted by David G. Markham at 12:23 PM