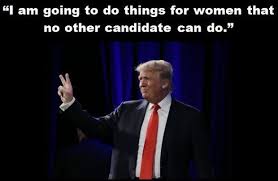 Donald Trump's lewd conversation with Billy Bush on the Access Hollywood bus is not locker room talk. It is the talk of a sexual predator. Rudy Guliani trying to normalize sexual predation saying on the Sunday morning talk shows that "all men talk like that" is sadly mistaken. The men I associate with do not talk like that, think like that, or behave like Trump described himself as doing "I moved on her like a bitch."

Trump's attempt at normalizing sexually assaultive talk, thoughts, and behavior is antithetical to UU principles and should be identified and rejected by all courageous men and women of UU faith. Donald Trump's vision of making America great again where men are men and women are the targets of their lustful assaults is a vision of a hell on earth which all  UUs must reject as they continue to work on building a world where the inherent worth and dignity of every person is affirmed and promoted.
,
Posted by David G. Markham at 11:55 AM