Our UU faith bolsters us in the storms of life 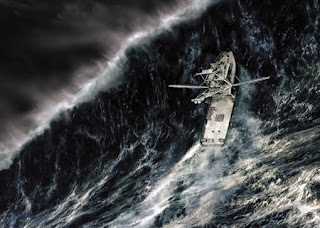 Gerald, you told me about your wife's behavior and verbal constructions which seem to you delusional and abusive. Her statements are full of recrimination and false blame which used to be very distressful to you until you considered the dysfunctional and erroneous thought system she has conjured up to justify her view of the world and especially of you, and you have learned to rise above it and forgive her.

It is written in A Course in Miracles, "The insane protect their thought systems, but they do so insanely. And all their defenses are as insane as what they are supposed to protect." T-IV.5:4-5 This observation is accurate at the individual level as well as at the national governmental level as we witness the functioning of President Trump and the congress. These insane thought systems appear to change reality because that is their purpose, but at a higher level, we sense that these thought systems not being true, they do not change the reality of the Love of God which we UUs have chosen to join with.

Our UU faith in Love and the seven principles bolsters us in the storms of life which lately meteorologically and metaphorically are at hurricane intensities. We realize that at the spiritual level, "it's all good" while on the ego plane it is what some people refer to as a "clusterfuck."

To some it seems absurd that we elected to represent us, people whose thought systems are so disturbed, and we marry and get involved in special relationships with people who are as crazy or even crazier than we are. Peace occurs when we realize that the answer is to forgive ourselves and others for our insane belief that special relationships can save us from ourselves. The President and the congress can't save us nor can your wife, Gerald. In the end, hope is found in the epiphany that no one outside ourselves can save us, we each have to take responsibility for turning our will over to the Oneness of life or the independent web, as we UUs like to call it, of which we are just a part.

Part of our Universalist faith is the idea that God loves us all unconditionally. I know that is hard to believe sometimes but deep down we know it is true. At some point humanity will realize this, and accept and join the Atonement which will be achieved when everybody loves everybody all the time. We are making progress as a species and we have a long way to go.

May you be aware of the force that is with you,