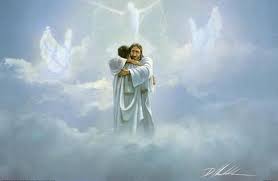 Some of us pay lip service to the idea of surrendering to our Higher Power. In Alcoholics Anonymous they say "Let go and let God." Those of us with a Christian upbringing say the "Lord's prayer" which, in part, says, "Thy will be one on earth as it is in heaven." Most of us though still like to think that we are in control of some of the things of our lives and yet suddenly we can fall ill or an accident occurs and we die. The universe has different plans. One of my favorite jokes is, "If you want to hear God laugh, tell God your plans."

"Now, that is funny," Jenny said. "One night, my two children were killed in a crash with a drunk driver and my life has never been the same. My life has not become what I wanted it to be or thought it would be. For a long time, I felt cheated and short changed. People told me I was cheated and short changed. I was angry and other people were angry that God could do this to me. Then I realized it wasn't God who did this to me. It was a drunk driver. I am angry at the wrong thing. God, since that realization, has been there with me every step of the way or, to say it better, I have been there with God. Believe it or not, I am at peace even though I am still very sad and miss my children terribly."

Advent means "to come" in Latin. The verb is advenire and the noun is adventus meaning arrival. The divine is coming and will have arrived on Christmas. Not really. God is always with us because we are part of God, but we don't pay attention. What really is coming and, hopefully, will have arrived is not God but our awareness of God's presence.
Posted by David G. Markham at 7:00 AM