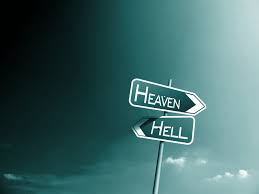 It is of note that sin calls for punishment nor correction. It is in our fears of one another that we hate each other and conjure up a god who will do our bidding to punish others so that we can pretend we are innocent. We are justified in our hate and punishment because of what we have judged the other to have done.

This thinking is, of course, insane. The creator of the universe has extended the creator's power and glory through us of which we are a blessed manifestation. We have a choice: would we see ourselves as inherently flawed, deficient, and inadequate or inherently innocent, lovely, and blessed? The spiritually mature have chosen the later. It is in this choice that peace and bliss is revealed.

Unitarian Universalists, as an institution, has also chosen the latter embodied in its first of seven principles. We covenant together to affirm and promote the inherent worth and dignity of every person. This is a most significant and awesome principle especially if we take it deeply to heart. As John Lennon sang, just "Imagine."