Third week of Lent. Getting heaven into people. 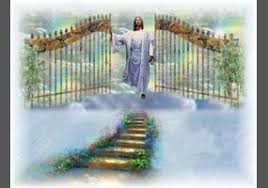 Will money make us happy? Sex? Power? Fame? Winning? Playing the victim and obtaining sympathy from others? Being right?

"It is easier for a camel to pass through the eye of a needle than for a rich many to get into heaven," Jesus tells us.

"Beauty is only skin deep," my mother told me.

"You're so vain," Carly Simon sang, "you probably think this song is about you."

"It's true, if we say it's true," Vice President Dick Cheney told the country back in W's administration.

At Lent, it dawns on us once again that there has to be a better way. We start to eschew the nonsense. We start to say "no" to the idols of the world, and "yes," to love, hope, peace, and justice.

Unitarian Universalists should know the meaning of Lent more than anyone on the planet because they realized and promoted the idea of God sharing Unconditional Love. UUs realized that the idols of creeds do not get people into heaven. UUs realized that Love gets heaven into people.
Posted by David G. Markham at 7:00 AM