When meaning is meaningless 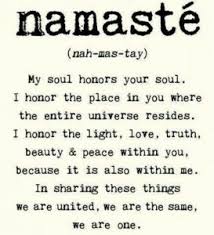 Unitarian Universalists covenant together to affirm and promote the free and responsible search for truth and meaning. On the path of the ego this makes some sense, but on the path of the spirit this search often becomes a fool's errand.

We often think we know what things mean don't we? And if we are honest with ourselves, we also have to admit that we often are wrong. When we compare our meanings with the meanings of other people we often are startled and often upset that we don't agree. We attack the other for being wrong and insist that they agree with our version of rightness.

I told her the glass was half full and she told me it was half empty. She got very indignant and called me stupid and I called her a bitch. She said I was not the person she fell in love with and I started to laugh and said, "Who was he?"

This only made her madder and she started to cry. This made me feel bad, but I was still hurt and angry. Then it dawned on me that we don't know what things mean. I thought of the saying from A Course In Miracles which says, "Would you rather be right or be happy?"

I want to be happy, and happiness is achieved by forgiveness for our own and other people's stupidity.

Instead of crying she started whimpering and then stopped.

A peace started to descend between us.

I decided right then and there that I no longer needed to be right. I realized that being right is the path of the ego which takes one to hell. I realized there is a better way and that's the walk with Love on the path of the spirit. I remembered the line from a famous movie several years ago, "Love is never having to say you're sorry." That's because true Love is unconditional. There are no conditions. True Love is freely given. It does not have to be earned, deserved, warranted. Unconditional Love is given just because it wants to be given.

When we live with unconditional Love there is no longer any meaning because being right about meaning is meaningless.