Quote the day, Camille Dungy - how our society supports the wealth of the few 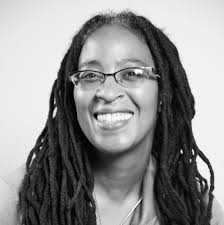 In the interview of Camille Dungy in the June, 2018 issue of The Sun magazine, the interiewer Airica Parker says to Dungy,  "Speaking of glorifying the wealth of the minority, you write that in 1860 only around “5 percent of the Southern population owned even one slave, and a significantly smaller percentage owned more than twenty.”

And Dungy responds in part,  "My point is that most white people didn’t have the kind of wealth that the institution of slavery was protecting, just like most people today don’t have the kind of wealth protected by tax codes that allow a billionaire to write off a private jet but don’t allow schoolteachers to write off $250 worth of school supplies. It’s sometimes difficult to accept the fact that whole portions of our society were built up — are still built up — to support the wealth of just a few."

Editor's note:
It is interesting how the 99% support the wealth of the 1%. What kind of a system is this that we have created here in the United States?

Is the resentment of this fact being manipulated by a billionaire President to fuel further racism and authoritarian policies to further enrich the 1% by encouraging one group of the 99% to hate another group of the 99% to distract them from realizing who the real culprits are who have rigged the system for their favor?

This rigging of the system is in violation of UUs second principle, "justice, equity, and compassion in human relations." It is also something which Jesus consistently pointed out - the unfairness of the treatment of the poor by the wealthy minority. Jesus never censured people for sexual behavior, but He constantly advocated for a juster system for the poor in society.

Email ThisBlogThis!Share to TwitterShare to FacebookShare to Pinterest
Labels: Principle 2 Justice, Quote of the day