What is the Unitarian Universalist path to salvation? 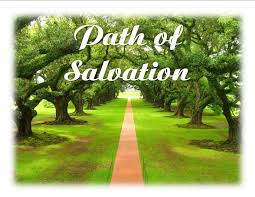 The experience and idea of awakening exists in all cultures and all religious traditions. It goes by various labels whether it is called samadhi in Hinduism, enlightenment in Buddhism, Tao in Taoism, the beatific vision in Christianity or Fana in Sufiism. In Unitarian Universalism, it might be called cosmic consciousness or Oneness with the interdependent web.

It might be said that the ultimate goal of the covenant of Unitarian Univeralism is the love of the interdependent web of existence which provides a cosmic consciousness. This stage of human evolution is not, usually, easily attained. As has been described earlier, some are born more attuned to this sensibility while others achieve it as a result of a crisis in their lives and others achieve it through diligent practice. Affirming, promoting, and living the seven principles as a path to salvation, awakening, is the key to the faith which Unitarian Universalists hold dear.