Why do UU congregations fail? 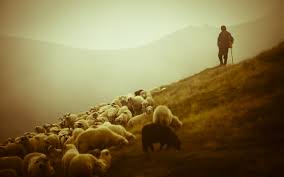 There is something wrong with the operation of the Unitarian Universalist denomination.

The three churches that I have attended over the last decade have been through pastors like shit through a goose. These churches range from one of the largest to the smallest so it is not a matter of size. Size is not the problem. The problem is the governance model. UUs have overdone this idea of democracy.

The fifth of the seven principles, "to affirm and promote the right of conscience and the use of the democratic process with our congregations and society at large" has caused big problems and cripple the denomination.

In Unitarian Universalism every person seems to think (s)he has the right to run the show. It seems that if (s)he doesn't like something (s)he gets to complain, withhold operating support, and the congregation collapses or is seriously wounded.

Where is the pastor in all this? Where is the bishop? Where is there some higher organizational authority to help resolve these conflicts? There isn't any. The mob rules. The church is screwed.

To be accurate and honest, this kind of democracy doesn't work will in sustaining organizations. Management by consensus is a disaster.

Where is the pastor in all this?  Often there isn't one. UUs love "pulpit fills" and temporary pastors. There is no consistent pastoral presence to sustain congregations for any period of time and no good method of succession. What congregants need is a pastoral presence they can count on who they know will be there for them in good times as well as bad, but that pastoral presence is often contaminated by critics and the fight is on with no recourse to a higher authority and so battered and beaten the pastor is forced out and the congregation again is befert of leadership until they can find another pastor to find fault with.

Most UU churches I have observed like to play games albeit unconscious ones called, "What will be wrong with this one" and "Our problems are because of her/him and we'll be better off when (s)he is gone." Unitarian Univeralists play games with one another rather than focus on implementing the principles of their faith.

The vetting process for new pastors is a process of idealization and once arrived, the de-idealization and demonization sets in because pastors, after all, are human and imperfect and do things not to everyone's liking. With this frame of reference, the question can be asked, "How does the Unitarian Universalist denomination deal with the idealization and de-idealization of pastors?" The answer is nothing. They leave the process to the individual congregations themselves. This is a model for failure, distress, suffering, and deadly disillusionment leading to organizational failure.

The purpose of the Unitarian Univeralist faith is to facilitate the covenant  to affirm and promote the seven principles so that saints can be developed. This mission is much more important than congregants liking of the pastor. Many UU churches, in order to better carry out the mission, need to change, and change is hard and often resisted. In such situations, without higher administrative support the pastor is a sitting duck ripe for skewering.

Let's change the way pastor's are called to congregations. Pastors should work for the Association, the big church, and not for the local congregation. Their assignment to congregations should be decided by the association with input from the congregation. With this model, the UUA could grow and congregations could better carry out their mission with higher quality leadership.