Stoic Philosophy - How do you spend your time?

Stoic philosophy is a regular feature on UU A Way Of Life which appears on Saturdays. 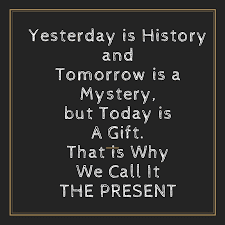 From Lucius Seneca's On The Shortness Of Life:

Believe me, it is the sign of a great man, and one who is above human error, not to allow his time to be frittered away: he has the longest possible life simply because whatever time was available he devoted entirely to himself.

Time is an illusion. In eternity it doesn't exist. Eternity is timeless and sometimes in this incarnation we experience this phenomenon and say things like, "Where did the time go?" and "It seems like time stood still."

Unitarian Universalists know that time is ephemeral and has no meaning in the context of their faith in the Unconditional Love of God of which we all are a part as we affirm and promote the inherent worth and dignity of every person.

A great person, according to Seneca, is a person who does not allow time to be frittered away but lives for the moment in the eternal now. As the Buddhists say with a laugh, "Be here now!"

Of course the past is gone, the future is yet to come, and so awareness of the now is a great gift which is why it is called a present.