Calvin says he is better than everyone else because he is not racist. 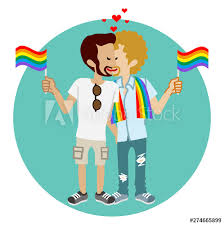 It’s been quite a week at First Unitarian Universalist Church of Greater Dismal Seepage. Calvin Anderson, one of the pillars of the church, said that he was above all the talk about racism because he is the least racist person of anyone in the congregation. Those who not only like Calvin and his partner, Justin, but admire him, defended his statement when it was challenged by another member of the congregation who pointed out that he and Justin had bought a condo in a complex that was all white.

Calvin stated that the whiteness of the neighborhood was a matter of income levels and not race and that he felt bad that people of color who couldn’t afford to live in the neighborhood.

Becky said, “I know that racism is a sophisticated and nuanced issue and white people don’t want to give up, or have to apologize, for their privilege, but they have it whether they recognize it and acknowledge it or not. It is one of those topics where “ignorance is bliss” because when a person becomes aware of how racist systems work, they often are ashamed and deny that they have benefited from  them.”

And so there is a bit of tension at First Unitarian Universalist where the first principle gets lip service, but when it comes to its application people get nervous and self conscious escalating anxiety and defensiveness. However at First UU all the people think they are loving, smarter than most, and the least racist of any church in the area.