Members of UU church claim they have no idea they are in a covenant. 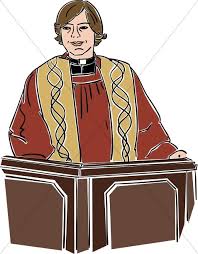 Members of the First Unitarian Church of Dismal Seepage, Arkansas, said after service last Sunday that they had no idea they were in a covenant.
Pastor Megan Tremble stated in her sermon that Unitarian Univeralism is a covenantal religion.  People interviewed after the service said they were alarmed that Pastor Tremble seemed to be saying that they were a coven and that Unitarian Univeralism is a pagan religion similar to witchcraft.
Jerry said, “People already think we are weird. My neighbor, last week, said with a great deal of disdain, ‘You’re a UU???? You people aren’t even trinitarian!!!” I didn’t even know what she was talking about. What the hell is ‘trinitarian’ suppose to mean.”
Jerry’s wife, Linda, said, “Maybe it's time for a new pastor. I don’t want to be a witch in a coven.”
When Beth tried to explain that a “covenant” is not a “coven” it seemed to be over Jerry and Linda’s heads.
Jerry said, “I don’t know about any of this fancy church stuff. Actually, I like the coffee and donuts after the service and chatting with people about the hog market.”
Pastor Tremble said after the service that maybe she tried to bite off more than the congregation could chew and it was time for her to move on from the backwaters of Dismal Seepage and look for an opportunity in a bigger city like Little Rock.
Posted by David G. Markham at 10:16 AM