Re-membering our awareness of the interdependent web 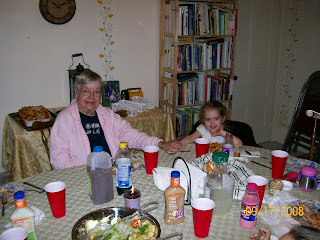 Matthew tells us in chapter 22: 2-5 that the Kingdom of God is like a wedding feast

The kingdom of heaven is like a king who gave a wedding banquet for his son And sent his servants to summon those who had been invited to the wedding banquet, but they refused to come.

Again he sent other servants, saying, Tell those who are invited, Behold, I have prepared my banquet; my bullocks and my fat calves are killed, and everything is prepared; come to the wedding feast.
But they were not concerned and paid no attention [they ignored and made light of the summons, treating it with contempt] and they went away--one to his farm, another to his business,

Many were too busy to come. They had better things to do. Their egos interfered with their awareness of the importance of community.

In my own case, at the age of 73, in my life time I have personally met 6 generations and if I am lucky perhaps I will meet seven. I met my maternal grandmother’s father, and I knew 3 of my 4 grandparents. I was lucky to have been raised by two parents and I am one of five children. My wife and I were blessed with 9 children and now I have 15 grandchildren the oldest of whom are 25 and 21 so I could easily see my great children which my mother has done at age 86.

The mature soul has the long view, something sadly very much missing in our age of rapid technological change. This long view appreciates community over self. This appreciation recognizes that community takes effort to build and maintain. Some help by organizing, some by providing and doing, some by showing up and attending. But most importantly the soul remembers, re-members. The soul re-members its sense of community which has a transcendent quality which goes beyond the individual sense of self in a mysterious and marvelous way.


It is the recognition of partnership in the interdependent web which gives life meaning and this recognition allows us to leave this world when we die hopeful and not in despair.
Posted by David G. Markham at 8:20 AM

Email ThisBlogThis!Share to TwitterShare to FacebookShare to Pinterest
Labels: Principle 7