Sunday Sermon, Third Sunday of Advent, Waiting For The Awakening. Love Is In The Air.

12/15/19 Third Sunday of Advent
Waiting for the awakening. Love is in the air. 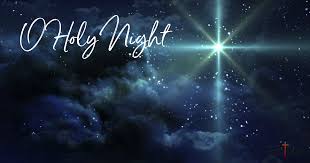 2 When John, who was in prison, heard about the deeds of the Messiah, he sent his disciples 3 to ask him, “Are you the one who is to come, or should we expect someone else?”

4 Jesus replied, “Go back and report to John what you hear and see: 5 The blind receive sight, the lame walk, those who have leprosy[a] are cleansed, the deaf hear, the dead are raised, and the good news is proclaimed to the poor. 6 Blessed is anyone who does not stumble on account of me.”

7 As John’s disciples were leaving, Jesus began to speak to the crowd about John: “What did you go out into the wilderness to see? A reed swayed by the wind? 8 If not, what did you go out to see? A man dressed in fine clothes? No, those who wear fine clothes are in kings’ palaces. 9 Then what did you go out to see? A prophet? Yes, I tell you, and more than a prophet. 10 This is the one about whom it is written:
“‘I will send my messenger ahead of you,
who will prepare your way before you.’[b]
11 Truly I tell you, among those born of women there has not risen anyone greater than John the Baptist; yet whoever is least in the kingdom of heaven is greater than he.

What was John doing in prison? The gospel doesn’t say and you get the sense from the story that John didn't really care nor did anyone else. All John wanted to know was whether Jesus was the promised one. Is Jesus the real deal that everyone has been waiting for?
When Jesus is told about John’s question about whether he is the promised one, the Messiah, Jesus, true to his teachings, doesn’t say one way or the other, he says to the messengers simply tell John what you’ve seen. As Jesus has said at other times,“By their fruit you will know them.”
Have Jesus’ teachingshealed? Yes, and there are plenty of examples. It’s the healings that have occurred, not who I am. Jesus communicates that John is asking the wrong question, it is not about identity, but about the healing shift in perception from the things of the world of the ego to the things of the world of Spirit.
After the messengers leave to go back to John to report on what they’ve seen in their interactions with Jesus, Jesus tells the people around Him that John is a great guy. John is wise in many ways and some might say one of the wisest but even at his wisest John isn’t any more important than they are.
The third Sunday of Advent is known as “Gaudete Sunday” which means “Rejoice Sunday.” We are taking time to rejoice that the symbol of our holiness is about to be born among us. We can sense it in the air. We don’t normally think of Phil Collins’ song In The Air Tonight as a Christmas song, but it should be added to the discography of the Christmas season.
John could sense the awareness of Love was increasing in the air and this is cause for great rejoicing.