Climate justice - Can UUs create a compelling mythic story to save homo sapiens on planet Earth? 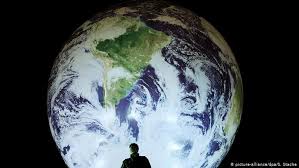 My file of stories grew daily, but very few of the clips, even those drawn from new research published in the most pedigreed scientific journals, seemed to appear in the coverage about climate change the country watched on television and read in its newspapers. In those places, climate change was reported, of course, and even with some tinge of alarm. But the discussion of possible effects was misleadingly narrow, limited almost invariably to the matter of sea-level rise. Just as worrisome, the coverage was sanguine, all things considered.

The story of the anthropocene, human influenced climate change, is so enormous that the story tellers among us have yet to find a narrative that resonates with a frightened audience.

The climate change narrative will have to ascend to mythic proportions to have an effect on the planet's population motivating change to rectify the conditions we have created.

Is there an eco theological story emanating from Unitaran Univeralist theologians which has resounded with the participants in the denomination? The UU "living tradtion" draws from its six sources, and with its seven principles, one might expect that some guiding light, some beacon of hope, could emerge from a denomination which covenants together to affirm and promote a responsible search for truth and meaning.

Up until now, no compelling narrative has emerged which one can hope for. The recognition that a respect for the interdependent web of existence of which we are  part is a good start. What does this principle mean and how can we enact it for the benefit of the earth?
Posted by David G. Markham at 10:46 AM