Climate justice - To have a child or raise a child? 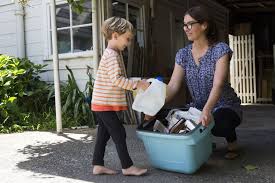 I’ve also often been asked whether it’s moral to reproduce in this climate, whether it’s responsible to have children, whether it is fair to the planet or, perhaps more important, to the children.

Eco-anxiety seems to be affecting the birth rate. Some people argue that this is a good thing. But without more consumers, the GDP may drop and the economy will weaken if not go into a recession. The focus rather than economic expansion will change to sustainability. Perhaps then our values will change as well and we will re-evaluate the value of wealth to include other things than money and goods. Perhaps happiness will not longer be equated with acquiring things.

Money, as the Beatles sang, can't buy you love.

And so the question is whether to bring children into a world with the apocolypic scenario of climate warming and all the consequences it entails? It depends on whether they will be children to grow up to help homo sapiens adapt to a just and harmonious relationship with the interdependent web or being or will they act in ego justified ways to further separation and divisiveness? The question is not whether to have a child or not, but rather do you want to raise a good and just child for the world of tomorrow?
Posted by David G. Markham at 9:28 AM