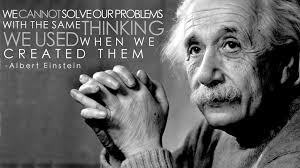 Politics has produced gestures of tremendous global solidarity and cooperation, then discarded those promises immediately. It has become commonplace among climate activists to say that we have, today, all the tools we need to avoid catastrophic climate change—even major climate change. It is also true. But political will is not some trivial ingredient, always at hand. We have the tools we need to solve global poverty, epidemic disease, and abuse of women, as well.

There is something perverse about politics and that something is incentives. The incentives of greed, power, comfort, safety. As a species we have intelligence and self awareness, and when it comes to the ecosystem which we inhabit we understand the major dynamics of how it works. We could ameliorate the problems were it not for the perverse incentives of the powerful 1% and the desultory acquiescence of the 99%.

Some of the 99% sound the alarm and bitch and complain but they haven’t as yet found ways of disincentivizing the behavior of the 1% who stand to profit from carbon emissions contributing to the warming of the globe.

As smart as some of the 99% are, the 1% is smarter and continue to rig the political system for the maintenance of the status quo.

Climate justice is not achieved by individual behavior alone. It takes groups of people changing the incentives of those in power. The machinations of the powerful are often hidden from awareness and thus can be continued without the unaware of even knowing what is happening. If some of the 99% question these machinations they are silenced by marginalization, mocking, intimidation of various forms, misinformation, and propaganda leading to confusion, conflict, divisiveness, and isolation.

Upon a deep analysis, climate justice while it is a political problem, at its roots is a moral and a spiritual problem. Will we, as a species, be divided and separated into warring factions, or will we work together for our mutual welfare? Do we see our brothers and sisters as allies with whom we stand in solidarity or rivals for scarce resources?

The bottom line is a matter of faith. Who do we think we are and who are our fellow humans and other species to us?

Unitarian Universalists have already decided this question and covenant together to affirm and promote respect for the interdependent web. Would that we act upon our faith and share it with others.
Posted by David G. Markham at 12:38 PM