Religious literacy - The third source of the UU "Living Tradition" 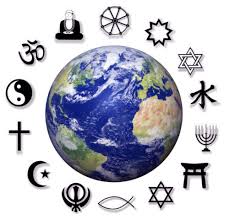 Evangelical pollsters have lamented for some time the disparity between Americans’ veneration of the Bible and their understanding of it, painting a picture of a nation that believes God has spoken in scripture but can’t be bothered to listen to what God has to say.

But such confusion is not restricted to Dean’s home state of Vermont. According to recent polls, most American adults cannot name one of the four Gospels, and many high school seniors think that Sodom and Gomorrah were husband and wife.

A few years ago no one in Jay Leno’s Tonight Show audience could name any of Jesus’ twelve apostles, but everyone, it seemed, was able to list the four Beatles. No wonder pollster George Gallup has called the United States “a nation of biblical illiterates.”8

It is easy to play the game of "Ain't it awful" and yet when one steps back and gets these observations into perspective, one might simply laugh, tsk, tsk a bit, shake one's head at America being a nation of hypocrites or at least those who identify as "Christian."

One pundit called most of the people who identify as "Christain" as "cultural Christians" meaning that they identify with Chrisitanity if forced to name a religion with which they identify, but beyond the nominal identification know nothing about Christianity, let alone practice it.

Whether a person who identifies as "Christian" actually practices the religion, it behooves such a person to at least know something about the religion with which they identify, but alas, their Christian identfication is little more than a pretense.

Indeed, atheists are more likely to know the four main authors of the books of the New Testament and to recognize the letters of its major evangelist, St. Paul. To not be able to name any of the apostles is pathetic. You might expect they at least would know Peter and Judas the primary characters in the drama of Jesus' crucifixion,

Ignorance of the major characters and themes and practices of world religions, hampers a person's ability to participate as a full citizen in their country and the world. Unitarian Universalism lists "Wisdom from the world's religions which inspires us in our ethical and spiritual life" as one of its six sources for its "living tradition." However, based on my experience in three UU churches, I have seen very little attempt to educate members of their congregations about the major features of these world religions.

When it comes to the congregational life and education of UU congregations, it seems that religious literacy is not better, in spite of its professed respect of world religions as a source, than in American society at large. Is this something that UU congregations should recognize, acknowledge, and address?
Posted by David G. Markham at 1:05 PM