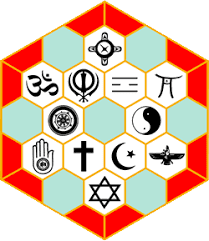 Chapter five
Should UU congregations aspire to enhanced religious literacy among its members?

Religious literacy is an important factor in understanding politics and cultures around the world. Without understanding the religious component of a culture and society we are bound to make significant mistakes in building and maintaining good collaborative relationships with our planetary brothers and sisters.

It is very difficult even within our own country and culture to understand one another without an understanding of each others religious beliefs. Religious literacy is fundamental to cultural competence and valuing diversity.

The lack of religious literacy among Americans is significant and its absence in educational curricula is puzzling. History is usually taught as a timeline of military exploits and political dominations rather than organized around religious beliefs which bind cultures and societies together. What factors influence the development of history curricula are important to our viability is a society and our influence within our own country and the world.

Unitarian Universalism might be a more vibrant catalyst in societies if its members were more conversant with the world religions and were better able to support, encourage, and collaborate with people from other faith traditions. Such religious literacy, if cultivated among UUs, might contribute a vibrancy to the UU faith tradition which is lacking.

What would it take for members of UU congregations to become more religiously literate? Is enhanced religious literacy among UU congregational members anything that UU churches should aspire to and work toward?