Religious literacy - Do UUs understand their faith well enough to go public with it? 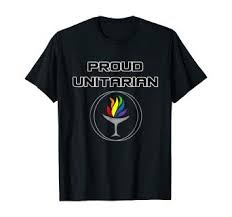 All this is to say that the “naked public square” has been, as Wexler puts it, “substantially clothed with religion.” At least in the United States, religion matters. In fact, religion is now emerging alongside race, gender, and ethnicity as one of the key identity markers of the twenty-first century.7

In this day of "intersectionality" how important is religion as an identity marker when it comes to personal identity and social functioning? How proud and important is it to Unitarian Universalists that they are UU? Do they often present themselves as such and what is the hoped for public response if they do?

To what extent do UU understand their faith to go public with it and describe it and explain it to others? To what extent does their covenant with one another to affirm and promote the seven principles animate their lives?
Posted by David G. Markham at 9:00 AM