Climate justice - What will we do? 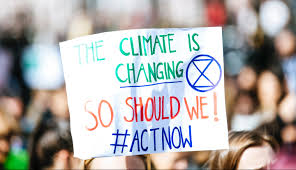 Chapter Sixteen
What will we do?


But while there are a few things science does not know about how the climate system will respond to all the carbon we’ve pumped into the air, the uncertainty of what will happen—that haunting uncertainty—emerges not from scientific ignorance but, overwhelmingly, from the open question of how we respond. That is, principally, how much more carbon we decide to emit, which is not a question for the natural sciences but the human ones. Climatologists can, today, predict with uncanny accuracy where a hurricane will hit, and at what intensity, as much as a week out from landfall; this is not just because the models are good but because all the inputs are known. When it comes to global warming, the models are just as good, but the key input is a mystery: What will we do?

The science of climate warming is not debatable. We have good information and models. Nine of the last ten years have been the hottest on record on planet earth.

We know what is causing climate warming and we know what to do to mitigate it. The question of what our future will be like is not a scientific one as much as it is a moral one. Will we as human beings take responsibility for our behavior and change it to lessen the consequence on the ecosystems we inhabit?

What are we as Unitarian Universalists called to do? At least three things:

What activities and efforts are being enacted in your congregation to mitigate the situation? Climate change with the destruction of our ecosystems is the overriding moral issue of our time.